Click a button below to start your property search:

A vast residential, tourist, entertainment and recreational complex in DubaiLand shaped in the form of the UAE’s Falcon emblem. Falconcity of Wonders is a vast 380 hectare residential, tourist, entertainment and recreational complex shaped in the form of the UAE’s Falcon emblem. The development is situated on the Sheikh Mohammed Bin Zayed Road (E311) to the west of the Dubai-Al Ain Road (E66) and is themed around several ‘wonders of the world’.

It was first proposed as part of the DubaiLand project in 2005, but like so many other schemes at that time it ground to a halt during the 2008 global financial crisis. The project is now picking up speed thanks to interest from a number of Indian investors, and the first residential buildings are finished and occupied, although the Wonders are not yet built.

Falconcity’s proposed wonders are a mix of buildings inspired by the classic and more recent wonders of the world with the Eiffel Tower, a theme park and a shopping mall thrown in for good measure. Oh, and Venice.

Although no construction work on any of the Wonders has begun, two residential districts have been built, Western Residence South and North, and people have already moved in. There have been mixed reviews about the build quality of the villas, but residents seem happy with the spacious floor plans.

Apparently the large Pyramid, named Saam Antares, is to be the largest pyramid ever built. How it compares in size to the Great Pyramid at Giza we are not told, but it will be a mixed use complex of residences, offices and recreational attractions. Two more pyramids will complete the wonderful illusion, Saam Polaris and Saam Vega, structures of 20 and 10 storeys respectively that will house serviced hotel apartments managed by ‘a world class hospitality chain’.

A ‘multidimensional’ development of freehold apartment buildings, mixed-use office/residential buildings, and buildings providing fully serviced apartments. The centre piece of this neighbourhood will be the Taj Arabia Palace Hotel, ‘a breathtaking look-a-like of the original and yet four times larger!’ It will be surrounded by Mughal inspired landscaped gardens full of greenery and water features.

The Tower of Pisa

A mixed use residential and office buiding cleverly disguised as a tourist attraction. Unlike the original this tower, it is hoped, will not begin to lean. Also unlike the original, The Tower of Pisa will, rather curiously, be located in ‘the city of Rome’ where visitors and residents alike ‘will enjoy the Grand Structure and the Engineering Marvel of the Historical Wonder’. Don’t say we didn’t warn you.

The Dubai Hanging Gardens of Babylon

We don’t have much to say about this wonder, except that it is an eco-friendly complex of luxury flats, open-air restaurants and coffee shops, and, yes, a garden overlooking the Falconcity Mall.

Like its ancient forebear the new Dubai Light House will serve as a landmark for Falconcity. The design of the tower is based on the detailed descriptions of the Lighthouse of Alexandria recorded in 1166 CE by Arab travellers two hundred years before it fell into ruin. The Dubai Lighthouse will contain commercial, residential, recreational and retail elements.

Higher than a three storey building and 1,700 meters in length this high-rise jogging track will provide a ‘buffer zone’ (ie sound barrier) between the theme park and the residential area. A definite must-see attraction.

This is to be the central feature of the Falconcity commercial sector, home to a variety of commercial, residential, recreational and retail elements. Surrounding the tower will be the landscaped Falcon Elysees with its parks, cafes, gardens and fountains. A circular shopping arcade ‘enriched by famous brands of fashions and styles’ will run around the perimeter of the tower complex.

The Town of Venice

In the developer’s own words, ‘The most romantic place in the Falconcity would be Town of Venice situated by the waterfront. Developed with wonderful waterfront, open-air cafes, gondolas and pedestrian shopping, Town of Venice brings to you a unique Italian dreamy experience.’

Not much is known about the content of the Theme Park except that it is ‘a tourism, hospitality, entertainment, leisure and retail mega project’ covering an area of 4 million square feet. Its modest claim to be ‘the most ambitious tourist destination ever created’ hints at what we might expect.

Fast forward a few years and imagine you are flying over Falconcity of Wonders. Below you you see the shape of a Falcon formed by housing, roads and attractions. What looks like the head of the Falcon is the shopping mall.

These 24 towers will be at the feet of the Falcon and comprise apartments, offices and hotels. They will be surrounded by such international cities ‘as Rome, Venice, Beirut, and India’, together with a miniature (1,000,000 sq ft) version of New York City’s Central Park.

There will be over 5,500 apartments and villas located in the Falcon’s wings. The villas come in various sizes of detached, semi-detached and townhouses and are available in a choice of four styles, Aegean (Greek), Andalusia (Spanish), New World (North American), and Santa Fe (Mexican). Family centres, sports facilities and schools are also included in the master plan. Properties on the Market

There are four sub-communities in Falconcity of Wonders. Learn more in the following guides. 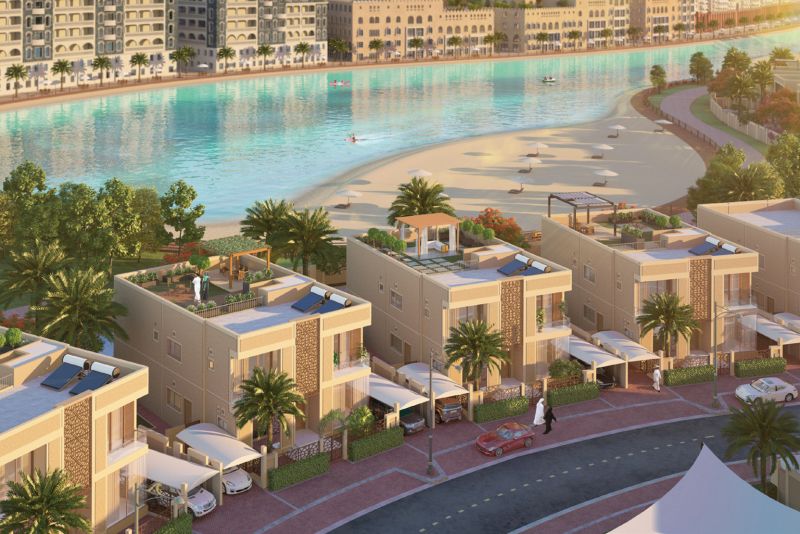 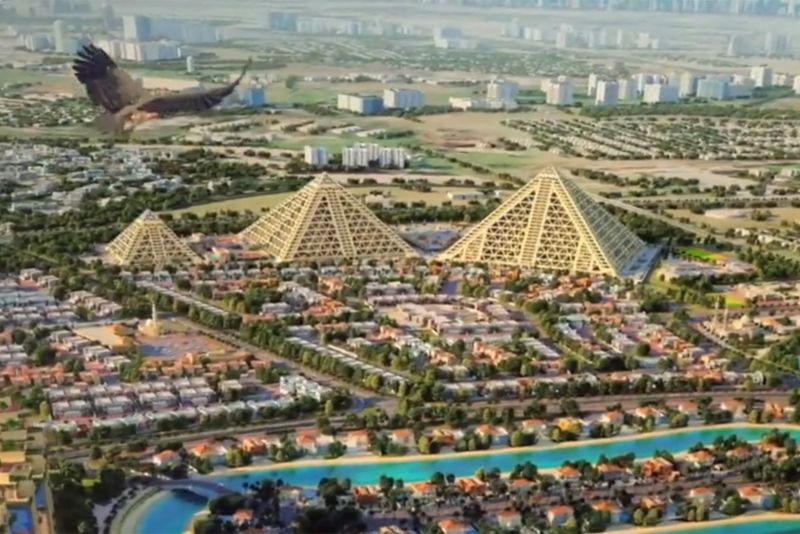 The map below shows the location of Falconcity of Wonders and just below are summaries of the nearest attractions, parks, beaches, golf clubs and cinemas.

Falconcity of Wonders has many schools nearby including GEMS Winchester School, Dubai at 2.2 km and Kent College Dubai at 3.4 km. 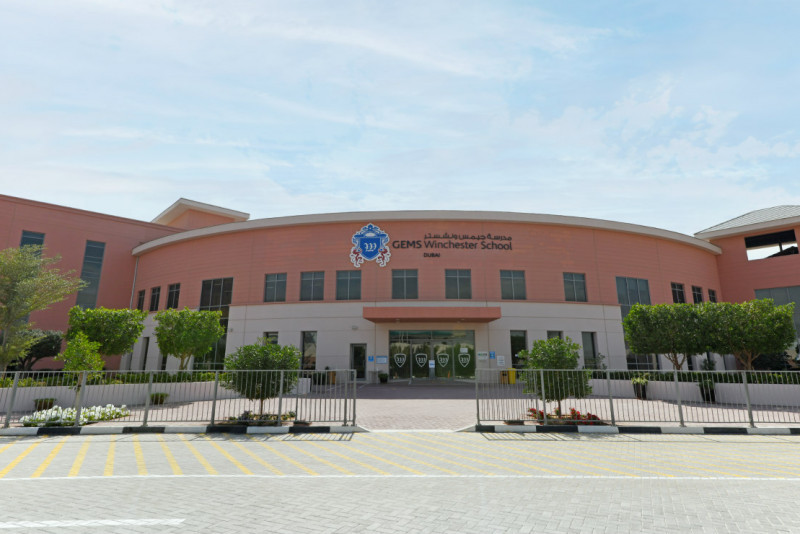 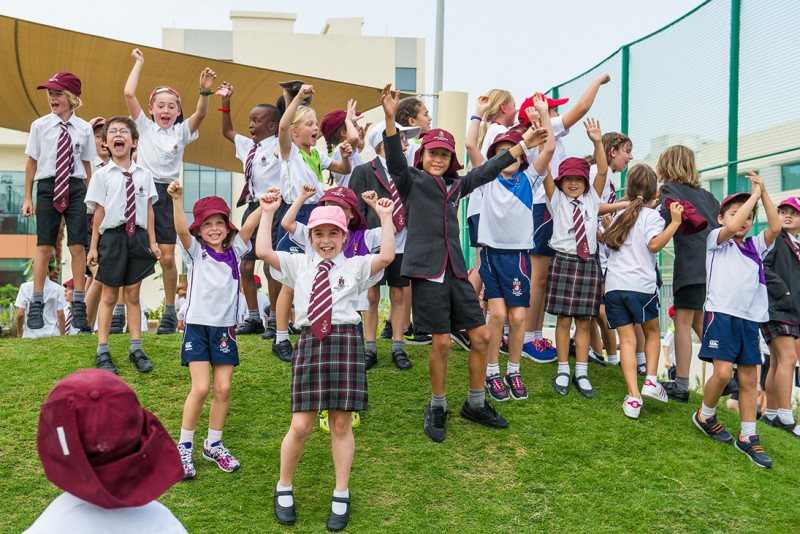 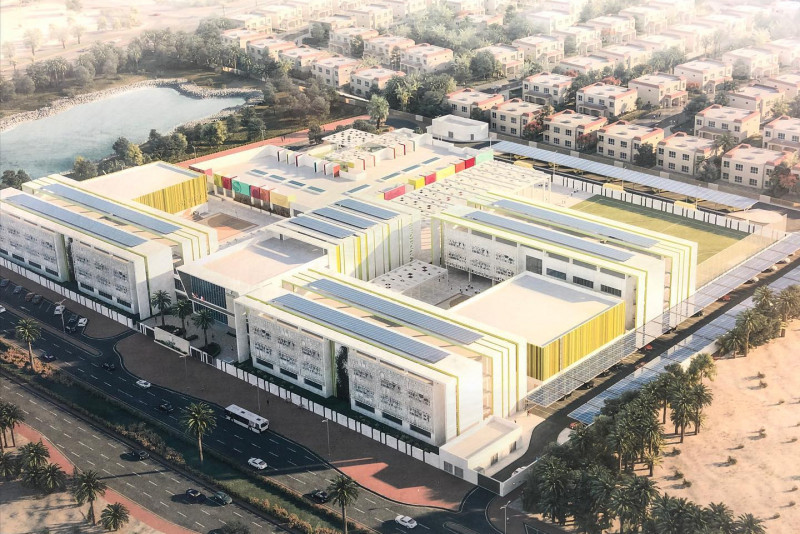 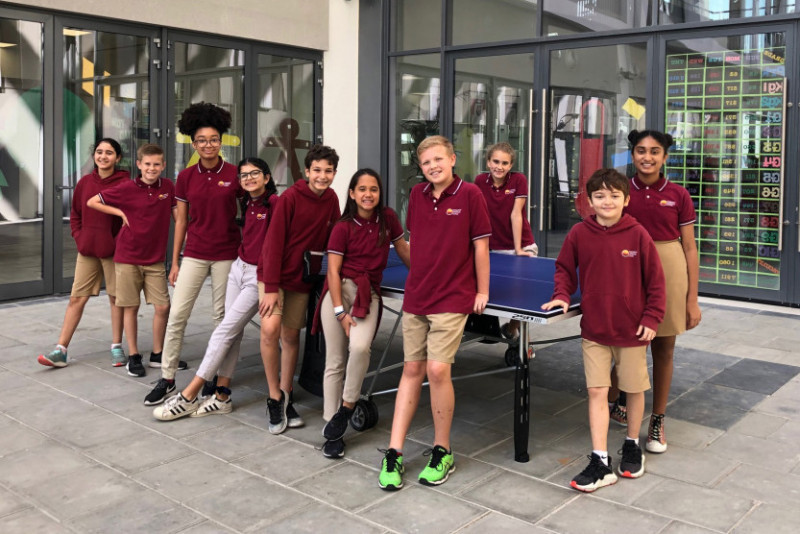 We've partnered with LadiesNightDubai.com and BrunchCrunch.ae to give an overview of the current Ladies Nights and Brunch offers in the vicinity of Falconcity of Wonders. 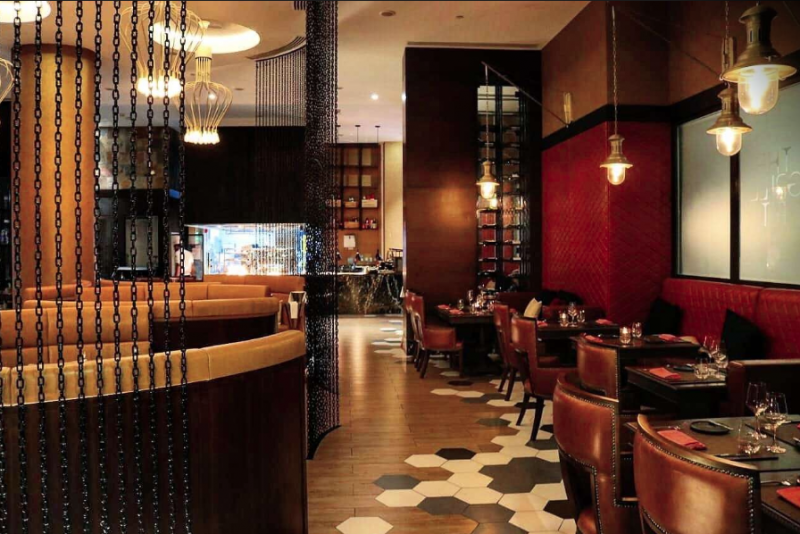 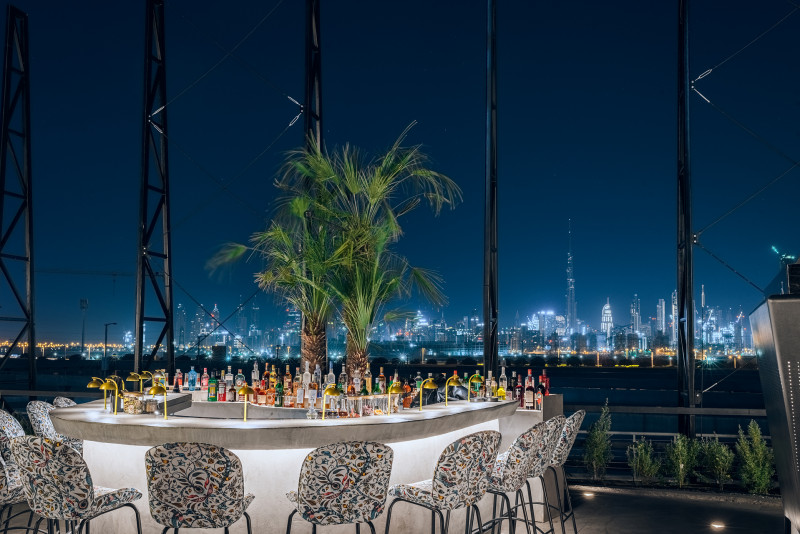 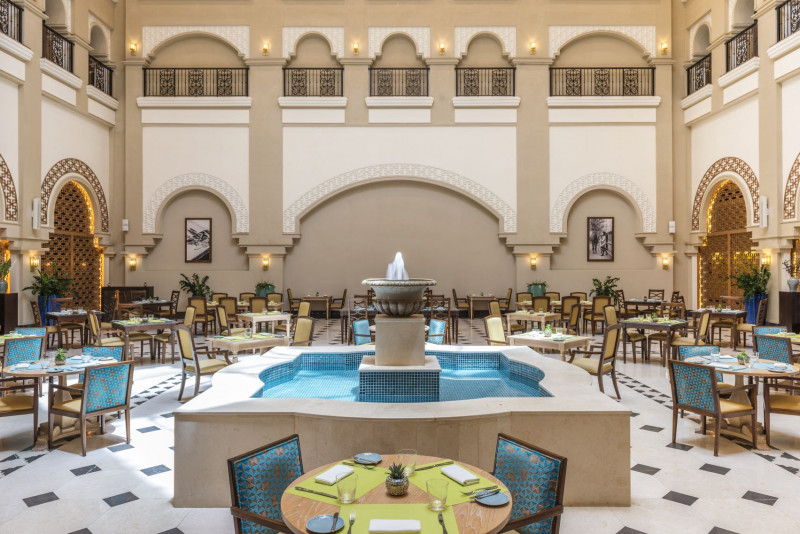 Explore communities that are either adjacent or close to Falconcity of Wonders. 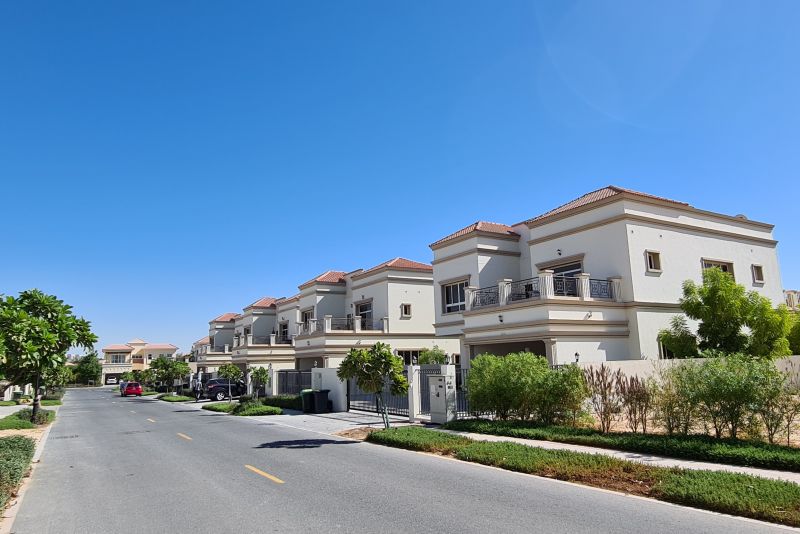 Al Barari (3.1 km)
Seclusion and opulence with botanic hideaways, landscaped lakes and freshwater streams. An address which must be seen to be believed.
Read more 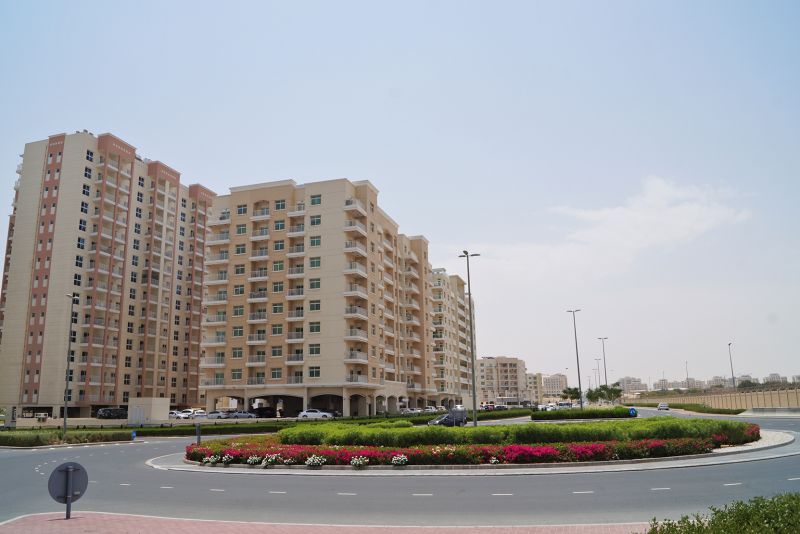 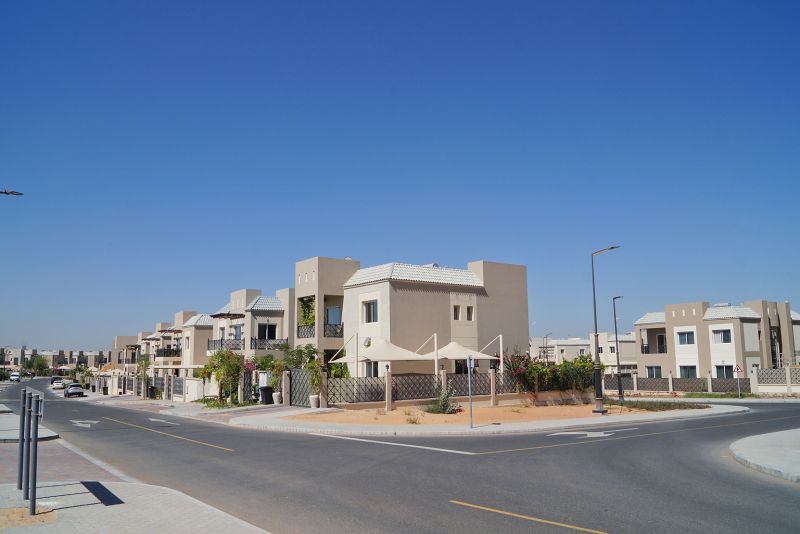 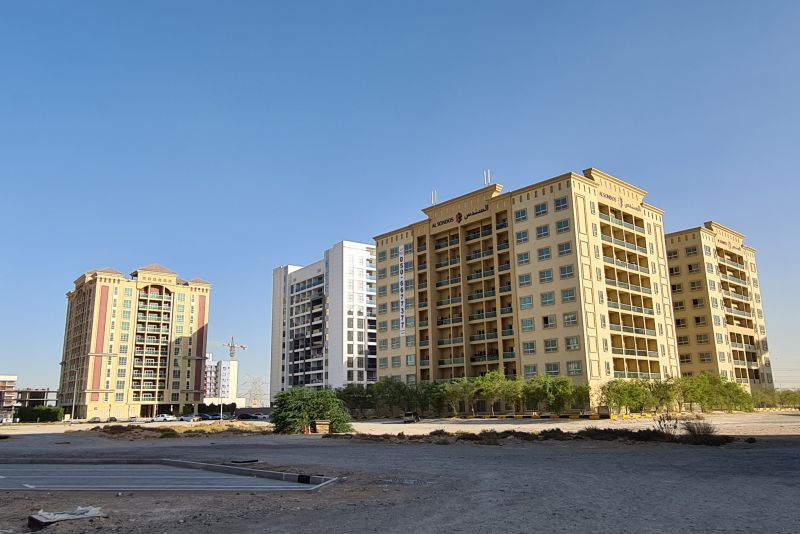 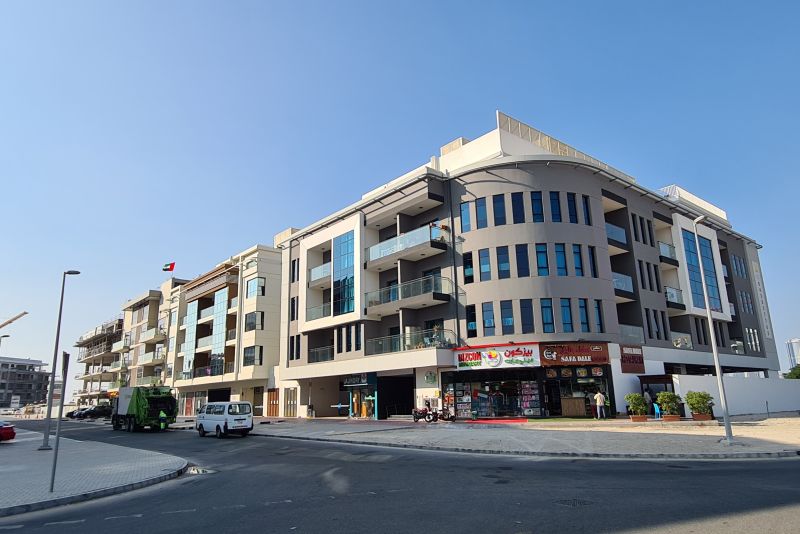 A look at the original masterplan published by the developer at the time of the launch of Falconcity of Wonders. 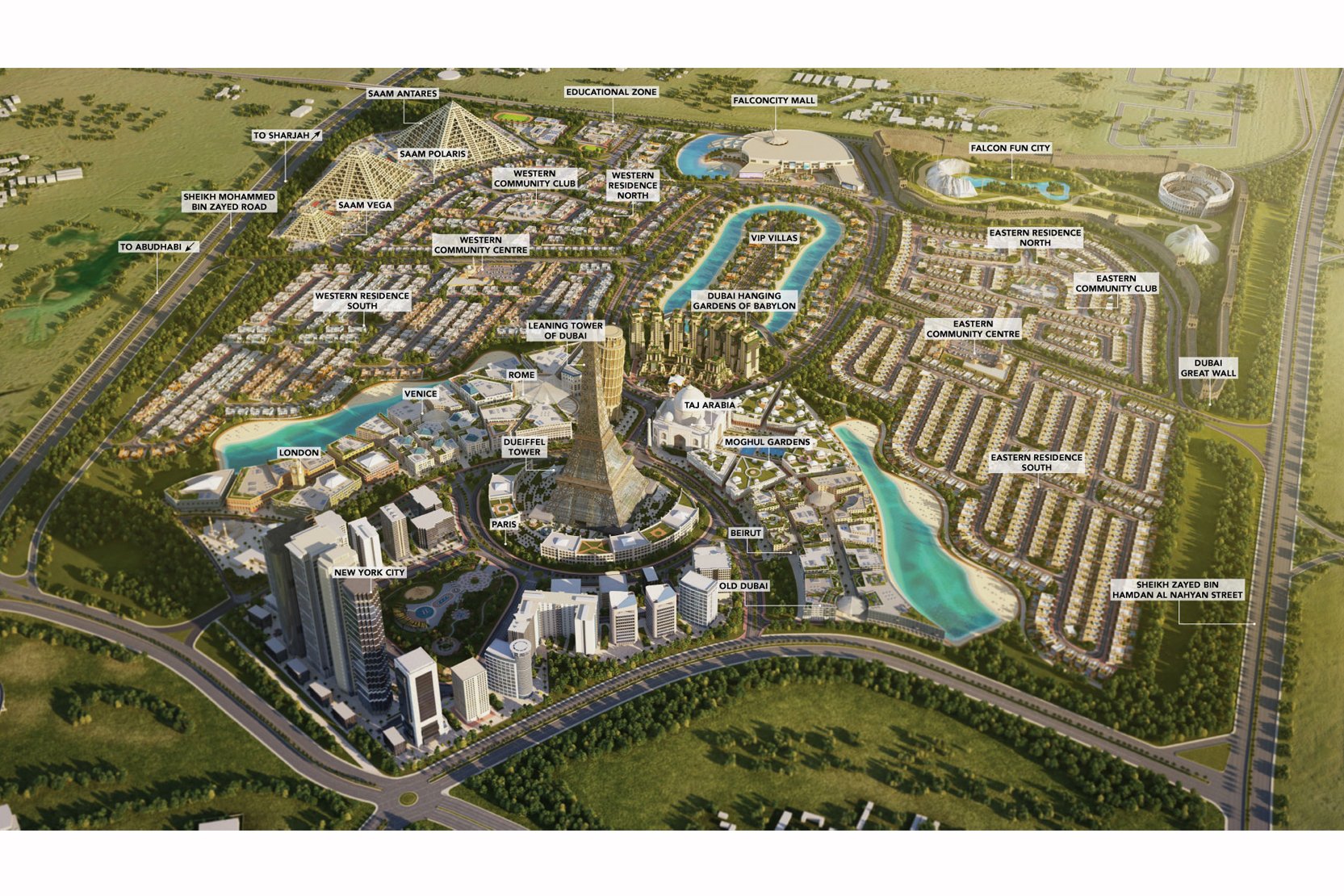 Images depicting the initial concept designs for Falconcity of Wonders.

Projects often go though a number of design revisions as they progress and developers may or may not honour their original plans when it comes to architectural designs, amenities and landscaping. The images below are provided as a means to compare the original plans with the realised development. See the development of Falconcity of Wonders in photos.

Phase 1, Western Residence South, has been completed. It consists of 215 villas and 131 townhouses.

Phase 2, Western Residence North, has also been completed. It consists of 214 units.

In 2018 foundation work began on the medium and small pyramids.

More guides to Falconcity of Wonders

Propsearch.ae is a Dubai property portal that hosts ads from a number of local real estate agencies. In addition we offer a comprehensive set of community and building guides to help property buyers, renters and investors learn about the areas and buildings that they may wish to live or invest in.

Any enquiries sent regarding a specific property go directly to the estate agent that advertised the property and Propsearch does not play any role in any transactions that may result. Enquires that are sent directly to Propsearch are forwarded to a trusted partner agency that is best suited to handle the enquiry.

Please note that whilst we have a large database of buildings and developments, Propsearch is not a property developer, nor an agent, nor an architect, nor a construction contractor.